The History of Wilco Radio

Or: How a fear of using the radio turned into something quite magnificent

Believe it or not, the Wilco Radio story starts off 32 years ago.

As a new entrant into the Royal Navy in 1988, I decided to follow in my mum's footsteps and join the Communications branch, where my official title was "Radio Operator 1st Class (General)".

I'll admit, I struggled with the training, as I think most others in my class did, especially with the theory (mostly paperwork).  The general consensus was "I just don't get what all this is for".

Despite this, I seemed to grasp radio comms a little more than the others in my class, and I was promptly given the title "Class Leader".  I guess our instructor thought I could inspire other trainees to do better, but in reality my new role meant that my only memory was shouting orders at the squad whilst on the parade ground, as well as marching to and from lessons. Squaaaaaadd.... halt!

After 18 months training (and being forced out of the Submarine branch due to getting the bends in the escape training tank), I joined HMS Birmingham, a Type 42 Destroyer.

I had picked up a particular flair for Morse Code.  Being able to simultaneously read a newspaper whilst translating Morse Code at 22 words per minute made me a bit of an odd-ball.

But the task I mostly excelled at were the Fire Mission exercises.  In these live firing exercises, I would sit right next to the Operations Officer (OO) and coordinate messages to and from the Lynx Helicopter (the 'spotter'), operating up to 30 miles away. I had to act as conduit between the helo (which was positioned close to the target to observe the 'hit'), and the Ops Officer.

The report would commence as follows:

And so on, and so forth, until the target - usually a buoy located miles away from any person, vessel, or 'thing' - was obliterated to smitherines. 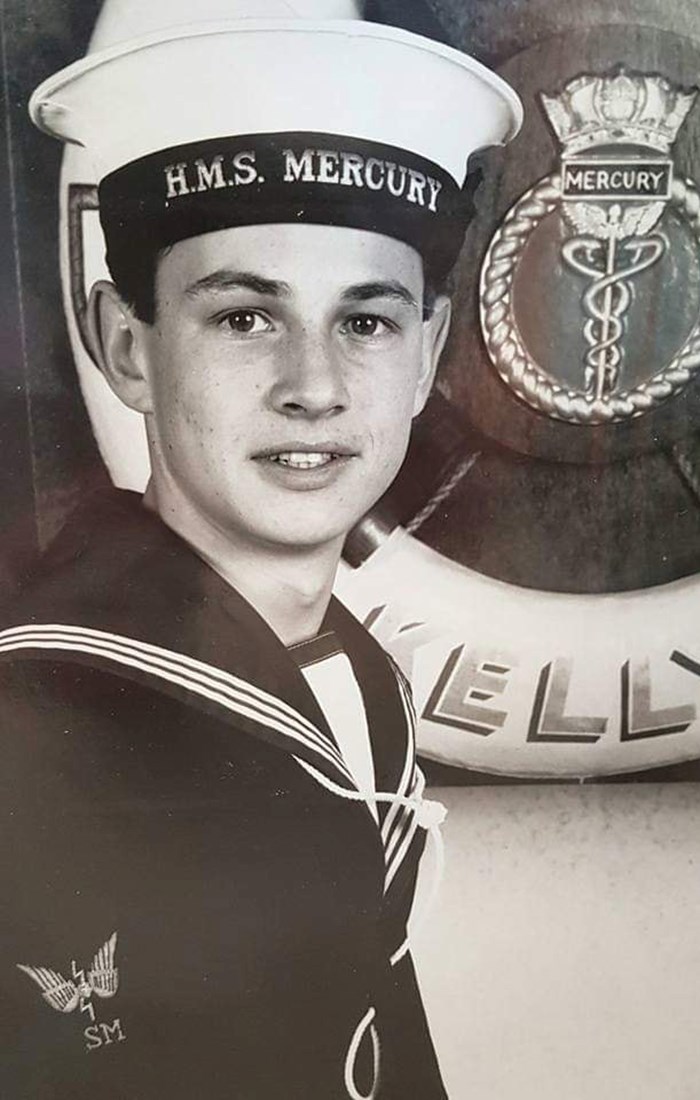 Just a young 18-year-old submariner in uniform. Nothing to see here.

A fear of radio comms

Fire missions were something that I just "got".  But they were difficult, and the other Radio Operators onboard hated them, because a mistake was almost guaranteed… which would end up in a "bollocking" from the OO - in front of everyone in the darkened Operations Room.

One day, the OO turned to me after a successful fire mission, and said "Haycock, that was one of the best comms exercises I've ever seen.  Well done".  At that very second, my whole approach to radio comms changed from fear to excitement.

Whenever there was a Fire Mission, I was chosen.

Fast forward 29 years ago to late-2017, and I'd completed my pilots licence, a dream that finally came true.

I don't know whether it was my original fear of radio communications that went back all those years, but when faced with the prospect of having to talk to an ATCO, AFIS, or even a ACGS operator, it filled me with dread again.

The reason for this fear of using a radio escapes me. Perhaps it's down to my superiors in the Navy, who would punish us when we got procedures wrong, or screwed up a message, or lost a piece of vital 'Murray Code'. After all, people's lives relied on efficient and accurate communications.

I was determined that my fear wasn't going to affect my flying, so taking my web development/design skills, I created a little radiotelephony (RT) website that could be customised with an aircraft callsign, airfield, QNH etc, and practice using my creation.

"This might be helpful for others", I thought, so I shared it with others in my 5-man syndicate (we own an EV97 Eurostar).

I passed my FRTOL with flying colours, thanks to the expertise of Andy Moon at Planespeak Aviation RT, who - at the end of the oral exam - said to me "Chris, that was one of the best I've heard".  Seems my RN training kicked in just at the right time.

So happy at passing that I suddenly developed a double chin

By pilots, for pilots

Little did I know, but Andy was (and is) a key part of my project, which eventually became Wilco Radio. More about that in a second.

My original plan was to develop my "app" further, and allow others in the aviation community to use it.

But plans often fall to the wayside, and this was no difference.  My little project was pushed aside in favour of others (I run a network of online businesses), primarily because it was a bit too niche.

In early 2021 I'd just come to the end of creating a new business, "The Rainmakers Club", and after spending 16 months building it I was in need of distraction.

I stumbled across my RT app almost by accident when I typed in the wrong address in my browser, and ended up looking at it again for the first time in 4 years.

At that moment, I had the Eureka! Moment, and decided to put some time into developing it further.

By this time, Voice AI had progressed significantly, so I tinkered around with it, and got it working on my RT scripts.  Once I had that sussed, I was able to build a proper UI (user interface) around it, and as time progressed, I realised that I was onto something.

About three-quarters of the way through development, I realised that I needed a CAP413 expert to check what I was doing.  There's no point in creating something if I'm getting the phraseology incorrect.  Turns out that even though I had the 300+ pages of CAP413 sat in front of me, there were plenty of inaccuracies, which were promptly spotted by Andy.

Realising that Andy was a huge asset, I invited Andy to join the Wilco Radio as a business partner - simply because it was a no-brainer.

To my absolute glee, it turns out that Andy recently took up a (very) senior position in the CAP413 Radiotelephony examination team at the CAA.  It goes without saying that bringing Andy onboard as co-founder made complete sense, both for me - and the future of Wilco Radio.

So, just a month or two ago, Andy and I shook hands on the new partnership, and although we have regular "jobs" (an understatement, really), we've managed to bring together our own particular skills to make Wilco Radio the most advanced RT training platform in the world - or at least that we know of!

And that, my fellow aviators, is how Wilco Radio came into being.

It took a huge amount of work, effort and code to get this far. 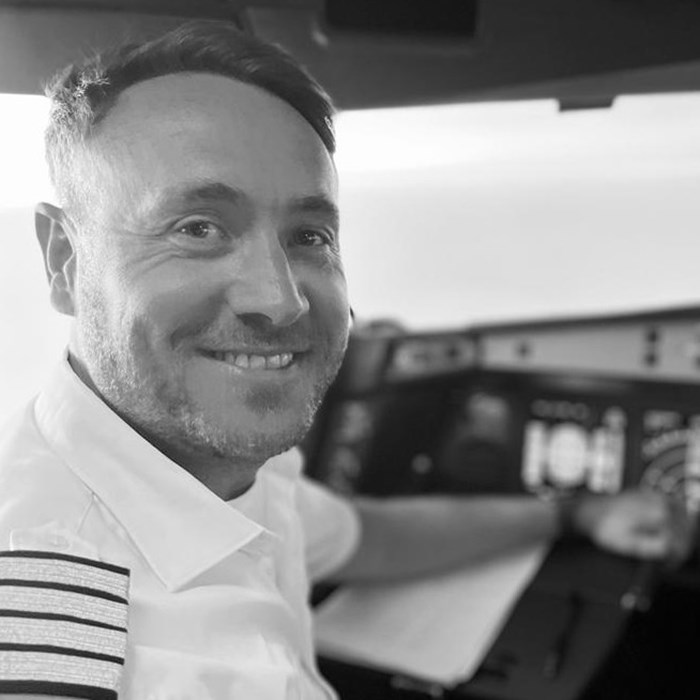 Andy's onboard! How lucky I was to grab his attention.

Ready to get started? Start your free trial today.